Different from the previous four generations, the control panel of the fifth generation cutting machine is no longer built in the front of the fuselage, but designed an independent console.

The security device of the fifth generation graphic machine has also been upgraded. Similar to our large 1625 machine, it uses infrared detector embedded in the panel, which has higher security.

More tools are installed in the cutter head. It can be equipped with vibration knife, pressure wheel, small lettering knife and half cutter. 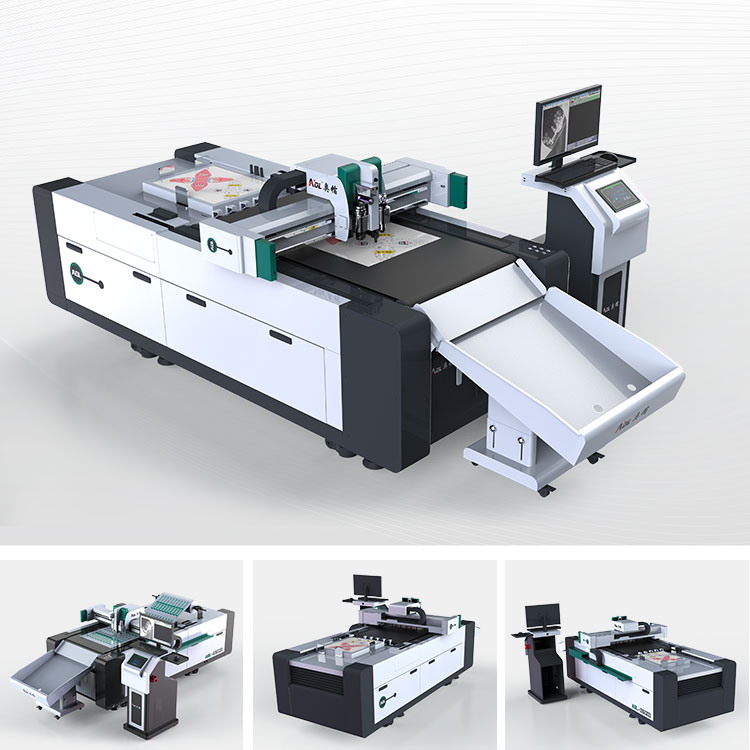